After the success of Resident Evil 4, Capcom started to develop an anthology game for the Nintendo Wii. As revealed in a post-release interview, the game was originally going to be a co-op game utilising RE4's game design and play style, but during development they decided to switch over to a rail shooter style game, also considering an arcade release for the game early on.

However, this wasn't the only change they made during development, as they ended up cutting or not using at all about 1/3 of the planned scenarios, and on top of that they also reduced the size of some of the scenarios that did make it into the game.

In this article, I'm going to follow the game's originally conceptualised chronology to show how the story would've played out.

Throughout the article, I'll also use existing concept art or key art, but for illustration purposes only. The majority of information used for this article only exists in the form of text, so no new artworks or assets are presented.

The story goes from Resident Evil 0 up to Resident Evil 4 providing an overview of what precipitated the fall of Umbrella, one pivotal event, and what came after. In general, this is what the resulting product showed as well, however, one major character's involvement was left out: Leon Kennedy was going to be a central character in the story, his part spanning from the second theatre of the story—Raccoon City, through Russia, until the very end with a scenario leading into the first third of Resident Evil 4.

So, let's start from the beginning. 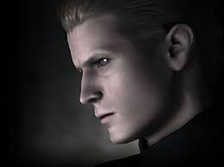 ​In this scenario, not much was changed. The only notable difference is that Wesker was going to wear a black military outfit instead of his S.T.A.R.S. outfit in his scenario running in parallel with Resident Evil 0. Its description suggests it was going to be based on or reuse the texture of the all-black S.T.A.R.S. uniforms they made for remake but ended up scrapping in favour of the original colours, or just a retexture of the model. Potentially something with the vibes of his CODE:Veronica outfit.
Naming changes:

Similarly to the 0 scenario, this one also only suffered from a low number of changes or cuts.

Wesker's parallel story "Rebirth" had a cut character model for the Red Queen as she was going to appear on a monitor in the labs as a little girl, reminiscent to the Red Queen's appearance in the live-action films. 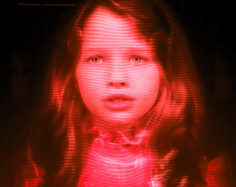 "Nightmare" (悪夢) was originally called "The Wrath of Yawn" (ヨーンの怒り).

A few random quips and lines were cut, mostly relating to environmental and enemy observations from both 0 and 1 scenarios.

This is the first bundle of scenarios that suffered a major cut. Namely, an entire sub-scenario covering some of the events that happened to Leon during Resident Evil 2 setting him up as a major character for the events to come as can be seen in later chapters. It was going to appear right before Ada's scenario. This is one of the most fleshed out bits of cut content with its story progression and characters present throughout multiple sources. It also made it into the official novelisation of the game in an expanded form.

Leon was going to appear in his RPD outfit (ripped straight from Resident Evil 4) and he was going to carry a scoped M16 rifle shooting Zombies at the station in the chapter's introduction. Later, he gets fired at from a helicopter by Sergei Vladimir before he recovers U.M.F.-013. 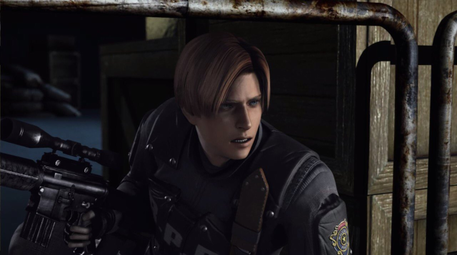 Throughout the story Leon was also going to have to protect NPCs from being attacked (these were going to be models reused from Outbreak: 2 men, 2 women, and 2 police officers).

The story was going to end with Leon running into Ada.

Enemies planned to appear in it: Zombies, Cerberus and Lickers (models reused from Outbreak).

In an even earlier version of the story: a Tyrant in its coated form (model from Outbreak) setting it up for Ada's story, Giant Moths, and an enemy only named "G-Perfect". 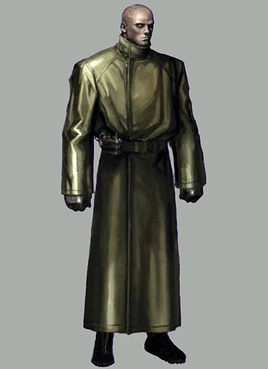 ​You can read a translation of the leftover scripts here:
Intro cutscene:

Narration (Leon):
"It was the worst day of my life. The punishment for my lateness was all too cruel—a town filled to the brim with Zombies. I met a girl named Claire, and we fled into the police station. First thing we did was split up, and we ended up looking for survivors."

Leon: "Is there anyone here?"

Gameplay 1 fending off Zombies with a rifle:

Gameplay 2 with a Licker appearing:

Gameplay 3 trying to save civilians:

Gameplay 4 being attacked by Sergei:

Narration (Leon):
"That encounter might've been the only sliver of hope within this nightmare. Ada Wong... meeting her, I got to experience all sorts of things. But this nightmarish day has only begun."
​Naming changes:

"Death's Door" (瀕死) was originally called "Back against the Wall" (絶体絶命).

Much like the Raccoon City scenario, this one as well contains a number of cut ideas. The three most important things being: Leon's involvement with the final scenario, another phase for the T.A.L.O.S. boss fight, and an extended Dark Legacy scenario which also returns in the novelisation of the game.

Leon was going to be alongside Chris and Jill wearing military fatigues, and his involvement in the story is as follows:

"Leon is employed by an American special agency. He operated with Krauser, whom he met in training, as a two-man cell, but Krauser dies in an accident (2002). At present time, he's assigned to an operation to chase after the remnants of Umbrella, but the outfit he wears retains the army look of something that could resemble Krauser's bodysuit from BIO4."

His backstory and design is definitely something Darkside Chronicles borrowed from.

He seemingly also would've fought the Ivans and the mutated Sergei at an earlier stage, this ultimately must've got turned into Wesker's more involved unlockable scenario instead as they are not listed for Wesker's "final scenario" on the same list.

The boss fight against T.A.L.O.S. was going to have him take another—"third" form. It was going to be an intermediary form to fight him in, with his armour and weaponry broken off before he turns into a giant monster. There are a few early concept art available to pick from what it would've looked like, but the idea seems to have been scrapped early and got merged with the first phase of the final game. 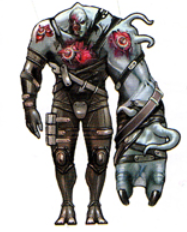 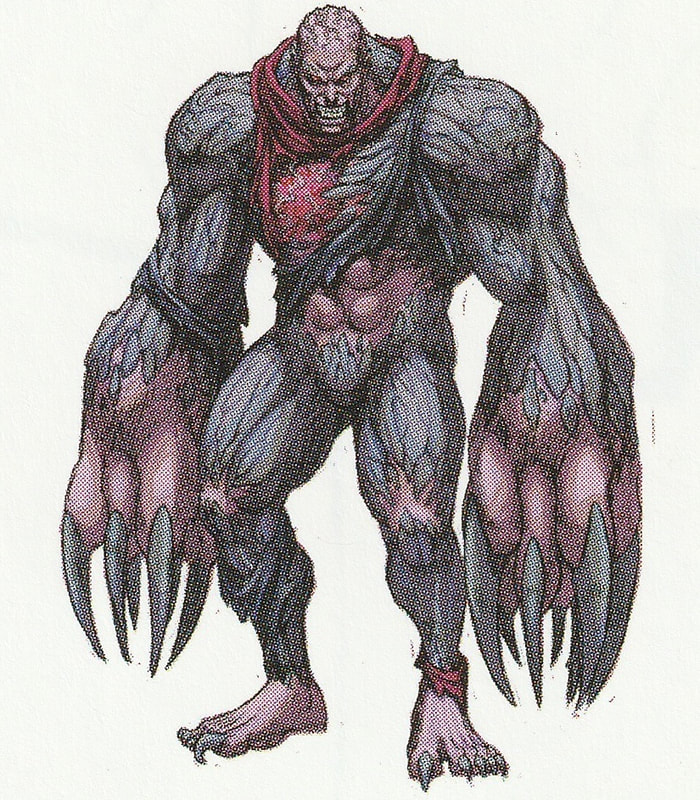 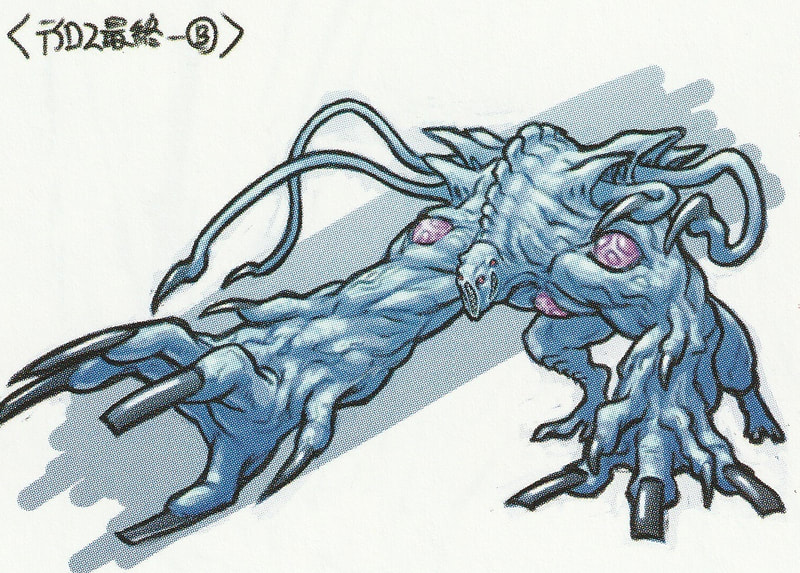 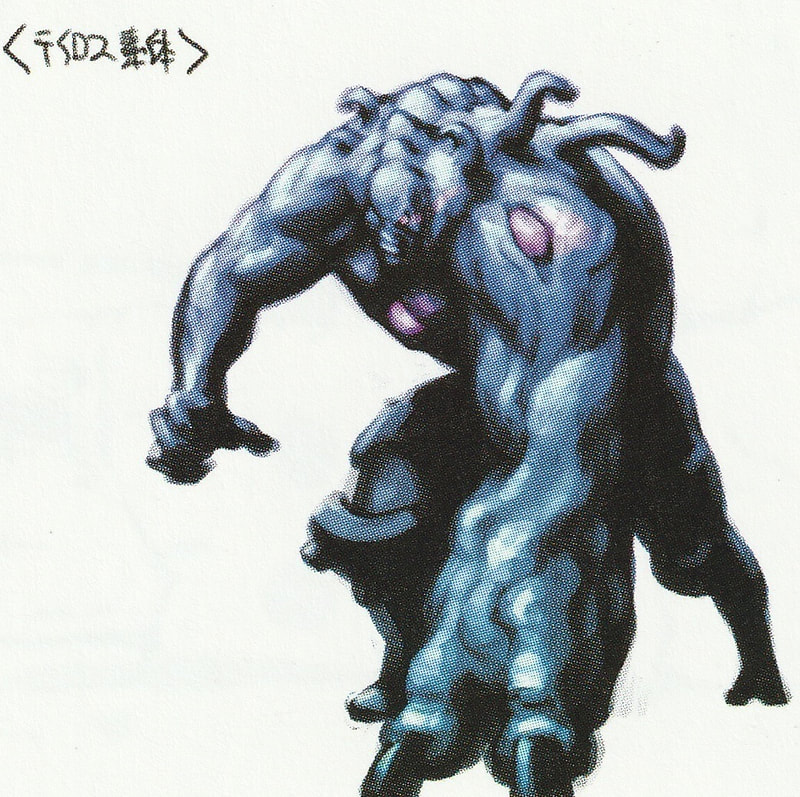 ​There are a number of cut voice lines from Dark Legacy. Most notably from Wesker:
​"The B.O.W. data Umbrella gathered is also secure in my hands. Spencer... only your wretched existence remains."
And one quip during the boss fight against Sergei:

"I guess you don't have much to show for skill unless you mutate yourself beyond recognition..."

There is also an alternative epilogue for Wesker referencing the previous cut line:

"The culmination of viral weaponry—the perfected T. A "product" that has surpassed an already dying Umbrella. First, it will be cheaply distributed throughout the black market, then the whole world will be filled with the fear of bioterrorism. That's where my next story begins."

This also really nicely leads into Resident Evil 5 which had already been in development by then.

During the ending of the Dark Legacy scenario, the Red Queen was going to make a physical appearance yet again, much like in Rebirth.

Finally, one last scenario, which would've served as a look-ahead and bookended Leon's involvement in the story was none other than an adaptation of the first half of Resident Evil 4's village segment as a co-op scenario with Leon fighting alongside Luis. This also seems to be one of the earliest ideas as very little is left beside the characters and enemies listed as wells as the scenario's name which you can see as the title of this section.

The characters who would've briefly appeared in a cameo were Ashley, Ada and Saddler (human form) but as an enemy to fight. Other enemies would've included various types of Ganado, Colmillos, separated Plaga, and Novistadors as well (despite the village only setting). Bosses would've been Del Lago and El Gigante. All assets for areas and enemies would've been extracted from Resident Evil 4.

Bass would've made a return as a healing item, much like in the original game.

Not much else is known of this scenario, it seems to have been cut early on alongside Leon's Umbrella's End involvement, and neither of them made it into the novelisation. 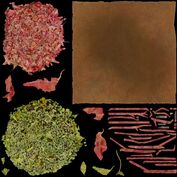 Red herbs were going to be in the game alongside green herbs. There were also going to be Crows on the maps carrying different types of herbs in their mouth the player would've been able to shoot down.

Since there was no inventory, green herbs would've been used up immediately and red herbs would've only healed a little, but if they were going to be targeted and shot by the player right after shooting a green herb, it was going to alter the effect of the green herb.

This might've been cut due to being a little convoluted.

The game contains a large number of collectible files. The main difference seems to be that some files were going to be obtained in different scenarios and that there was a secret file planned that was a Resident Evil CODE:Veronica Digest that didn't make the cut, but it also doesn't seem to have been written at all, although it was supposed to be collected in The 4th Survivor scenario as a final secret item.