BIOHAZARD ASSAULT THE NIGHTMARE (Resident Evil Assault The Nightmare) is another cell phone game developed by LivingMobile with a unique graphical look reminiscent of anime in a first person action shooter. Developed by Capcom (Japan) and Published by Capcom (Japan) & LivingMobile (USA) Assault the Nightmare was a mobile game which was released on April 1st 2002 in Japan and in 2004 for USA and PAL. An I-mode was also released in Japan on July 1st 2002.

Official quote "Emergency! We've got an SOS from the old castle outside the city. Horrible things take place! Go there and have a look!"

You are not given much information other than that there has been an emergency at a castle outside a city where horrible things have happened and that you are requested to go there. Players do not know who they are, or where they are, or why they are there other than to rescue civilians. 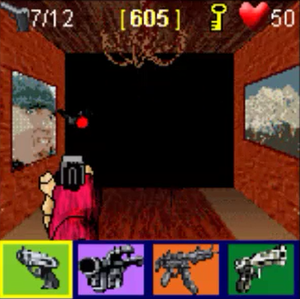 An action first person shooter; the game opens with the player receiving an emergency SOS signal from inside a mansion which is located on the city outskirts. There are three doors shown two brown and one green. In order to access the green door you must find a key behind one of the brown doors. The player has to fight their way through a zombie filled corridor killing countless spawning zombies and bats along their way. You can also pick up new weapons such as a machine gun, shotgun, rocket launcher and magnum by shooting them as they drop down from the top of the screen. 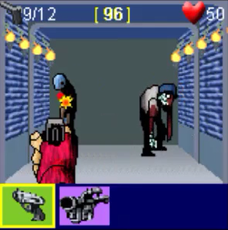 After clearing the first corridor you move into a new corridor and repeat the same process. After the second corridor you spawn back at the three doors where you began. A new message appears stating that “The monsters have weak-points. Find and aim-them!”

Beyond the second door is a similar corridor however this time with more enemies. After clearing the first corridor you move onto a new environment with a staircase, this is where you find the key. You head back again to the three doors this time with the key and receive a new message “The number of bullets is limited. Don’t waste bullets.”

Behind the green door after unlocking you find a new corridor with paintings upon the wall.
Moving onto the next new environment which is lined with a brick wall, after this area you move into a room with a fireplace and fight a Licker which drops down from the ceiling and you have to shoot it before it strikes you. After defeating the Licker you get these images; 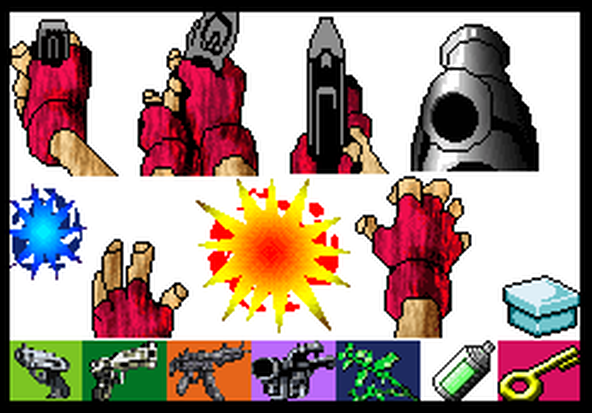 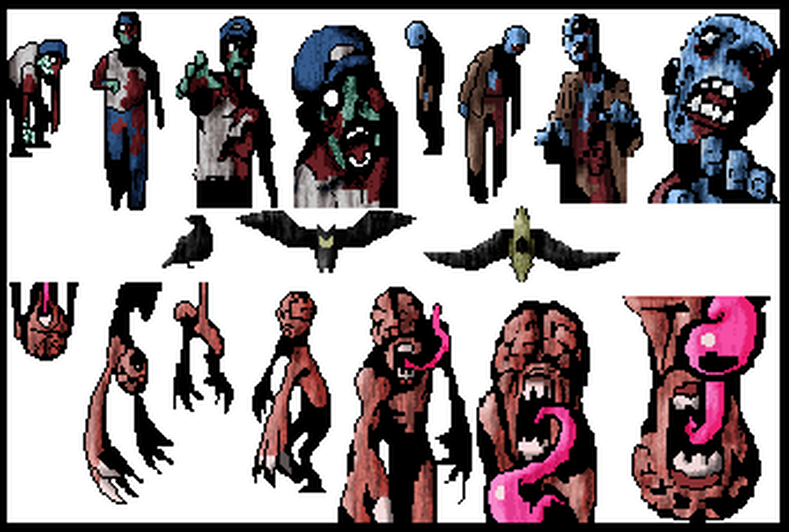