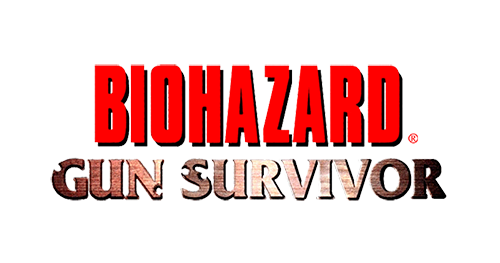 BIOHAZARD GUN SURVIVOR (Resident Evil Survivor), originally known as "BIOHAZARD GUN SURVIVOR behind the mask" was the first Biohazard game designed with the PlayStation light-gun peripheral "GunCon45" in mind. It makes a radical change from the traditional third-person perspective seen in all games previous to the first-person perspective. Despite not being an on-the-rails shooter, the game does use Namco's GunCon lightgun making the game fairly unique in the gaming world. The game is set on the isolated Sheena Island just after the destruction of Raccoon City, and follows Ark Thompson's quest to regain his memory and fight off Umbrella B.O.W.
Production Information

At the request of Leon S. Kennedy, Ark Thompson infiltrates the Umbrella Corporation owned Sheena Island. Posing as the island's commander, Vincent Goldman, Ark sets about uncovering the sinister goings on of this seemingly peaceful location. However, the real Vincent Goldman soon uncovers the spy working in the shadows of the city thanks to Lott Klein the young son of an Umbrella employee. To eradicate Ark, and also hopefully secure a promotion, Vincent releases the t-virus all over Sheena Island and releases many B.O.Ws. The incident was designed to look like an accident, so headquarters would not suspect foul play.

Ark manages to infiltrate the main Umbrella offices during the destruction and carnage of the outbreak, but is confronted by Vincent. A fight ensues, and Ark flees the city on board a helicopter. However, Vincent manages to clamber onto the landing rails. Whilst flying over the city, Vincent falls to the ground, and the helicopter begins to lose power and crash nearby the lifeless body of the Commander.

Ark emerges from the wreckage, but cannot remember anything...