Hide and Fire is a Japanese third person shooter mobile game that has exceeded over 100 million downloads worldwide. A crossover collaboration was developed between the "Biohazard" series and "HIDE AND FIRE". The game launched on September 26th, 2017 for a limited time until October 10th, 2017. Developed by Nexon and Capcom. The game had Biohazard characters and BOWs such as the Licker, G Virus Mutant and the Tyrant. There was also a reward system of unlocking new exclusive skins for the characters “Jill”, “Chris” and “Leon” along with custom weapons. The game had a Twitter account (defunct) and campaign where you could win new in-game content. Other updates to the game during its run included difficulty additions “Elite” and “Hell”.

The game appeared like a third person shooter however in reality it was a simple shoot and avoid system that does not allow you to freely move your character but only traverse from one cover to the next, moving back and forth between covers avoiding damage and firing. Up to four players were able to play at one time through network play. 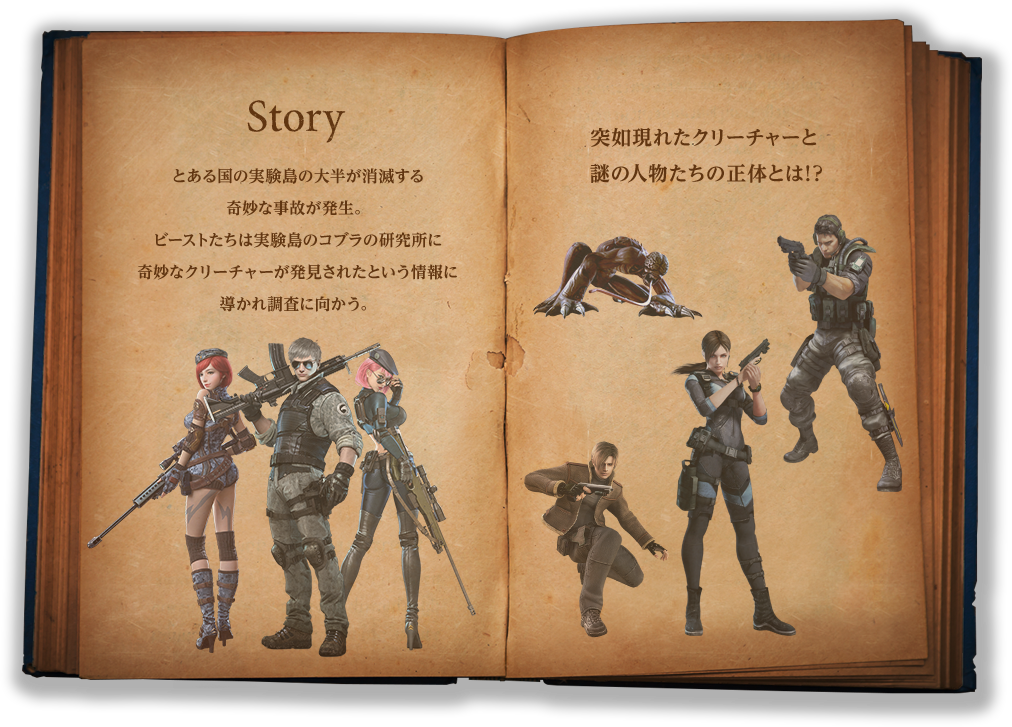 Translation: A strange incident occurred in which the majority of experimental islands in certain countries disappeared. The beasts are led by information that strange creatures were found in the cobra laboratory of the experiment island, and headed for investigation. What is the identity of creatures and mysterious people who suddenly appeared !? 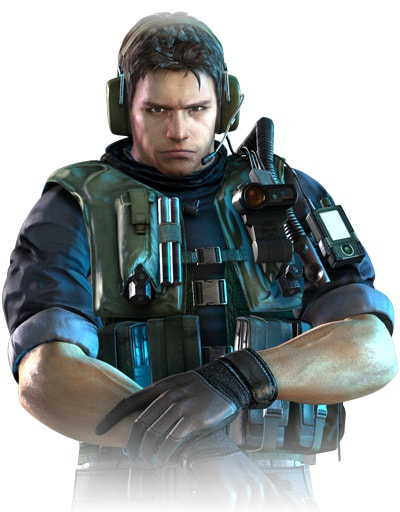 Chris Redfield
A member of the "BSAA", a unit against Biotech who has been lost from another world.
Having a strong body and outstanding combat ability, he has continued to fight Biotech as a specialist for “Biohazard”. 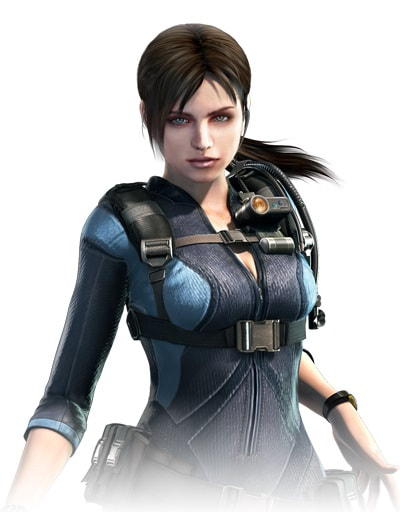 Jill Valentine
A member of "BSAA", a unit against Biotech, who has lost her way from another world.
Even after being involved in "Biohazard" by using her special abilities, she has survived the harsh situations many times with her strong mental strength. 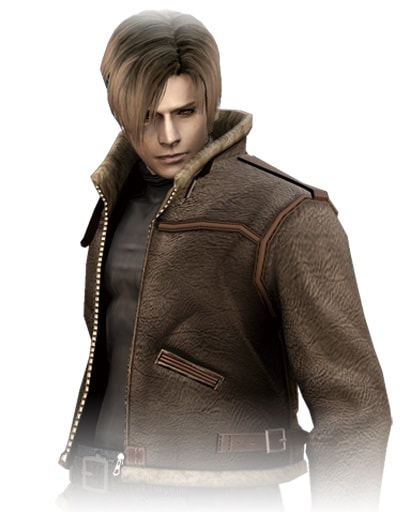 Leon S Kennedy
A president-directed agent from another world.
Always ready for battle, with very high physical ability.
Formerly a police officer, he was led by a strange destiny and continues to fight "Biohazard".