Here are a few concepts for the campaign and character selection screens for Resident Evil 6. These can be found and unlocked under The Art Director’s Notebook section of the game on re.net.

The campaigns are sub-titled based on their subject matter. They have slightly (and not-so-slighlty) different English and Japanese names as indicated below. The titles were either abstract representations of underlying themes and imagery or were cut later on/never made it to production.

Below, you can read a translation of various notes added to these conceptual artworks. 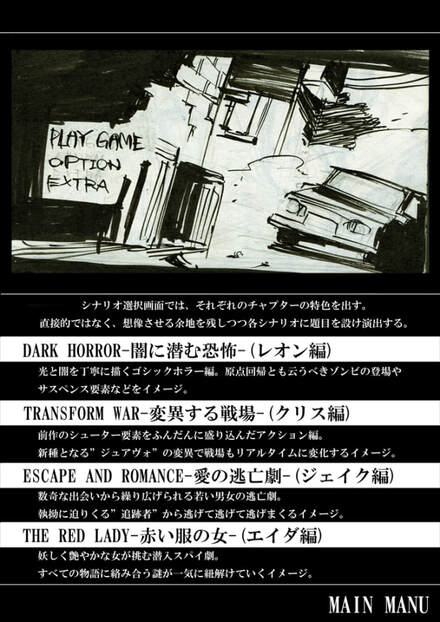 On the scenario select screen, the characteristics of different chapters are shown. While not being too direct and leaving room for imagination, they establish and present the subject matter for each scenario.

A gothic horror story that carefully depicts light and darkness. Its theme is the element of suspense and the appearance of zombies that can basically be regarded as a return to the origin of the series.

An action story that largely incorporates the shooter elements of previous entries. It has a theme where even the battlefield changes in real time along with mutations of a new kind of enemy, the J’avo.

It’s an “escape drama” of a young man and woman that starts to unfold due to an exquisite encounter.
Its theme is continuously running and running away from a relentlessly approaching “pursuer.”

An espionage drama that’s tackled by a bewitching and lustrous lady.
Its theme is the unraveling of mysteries that envelop all stories one after another in one go. 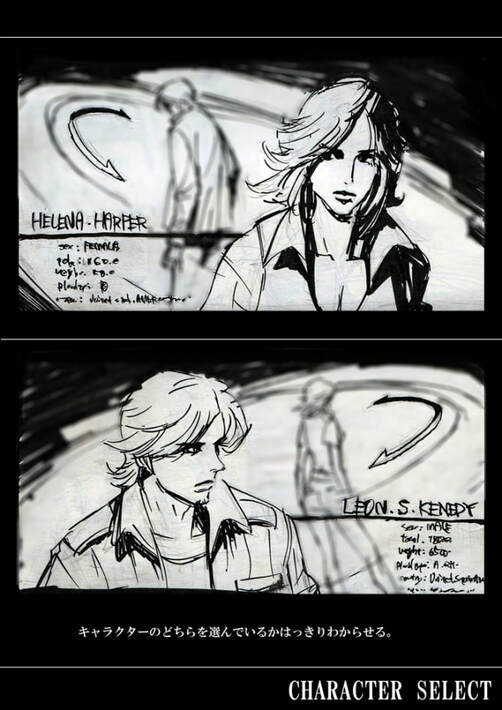 It lets the player clearly understand which character is selected. 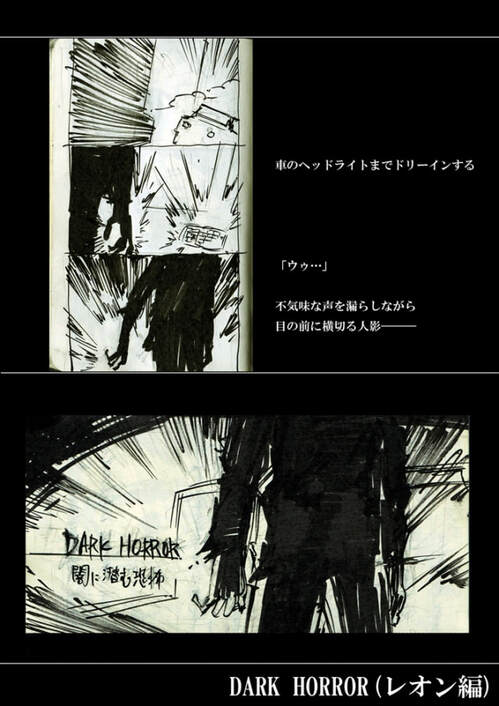 The camera dollies in up to the headlights of a car. 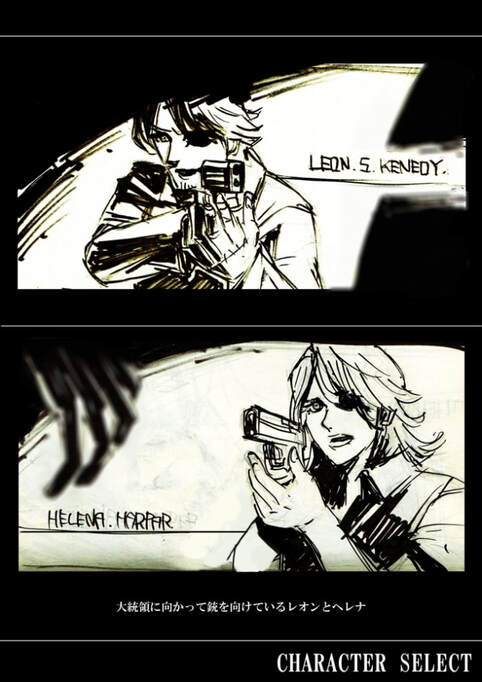 Leon and Helena pointing their guns facing the president. 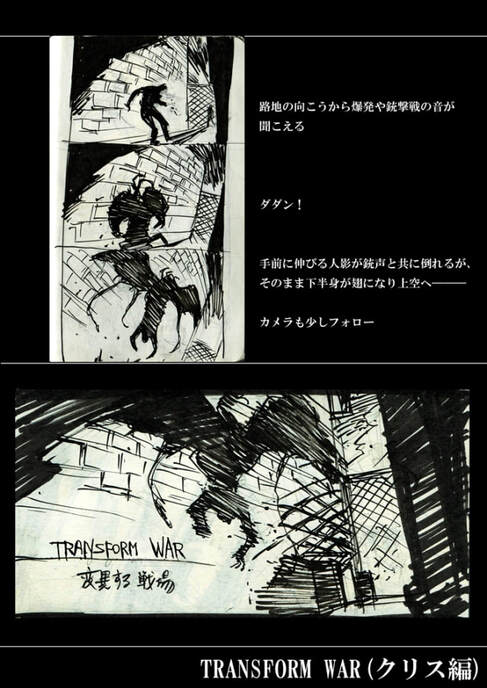 Sounds of explosions and gunshots can be heard from the other side of an alley.

A silhouette that stretches across the side of the alley collapses with a gunshot, but within the same movement, the lower half of its body turns into wings, and it flies high…

The camera follows it a bit… 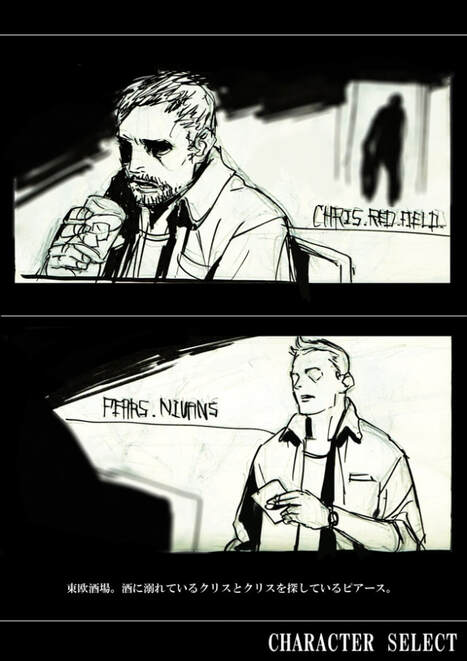 A bar in Eastern Europe. Chris drowning himself in alcohol, and Piers looking for him. 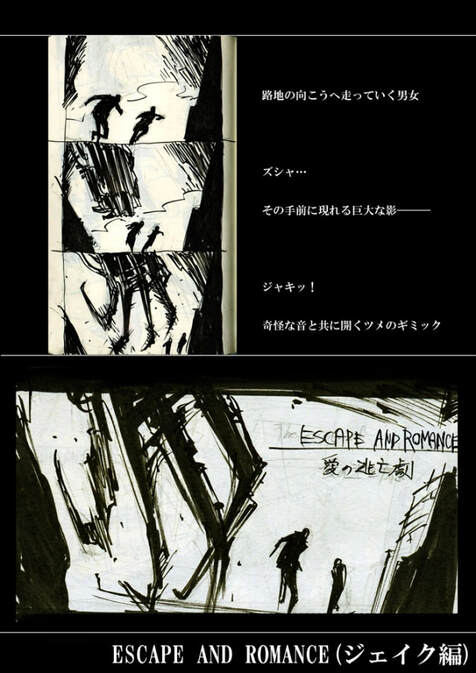 A man and a woman running towards the other end of an alleyway.

The silhouette of a huge man that appears on the side…

A gimmicky claw that opens with a weird sound. 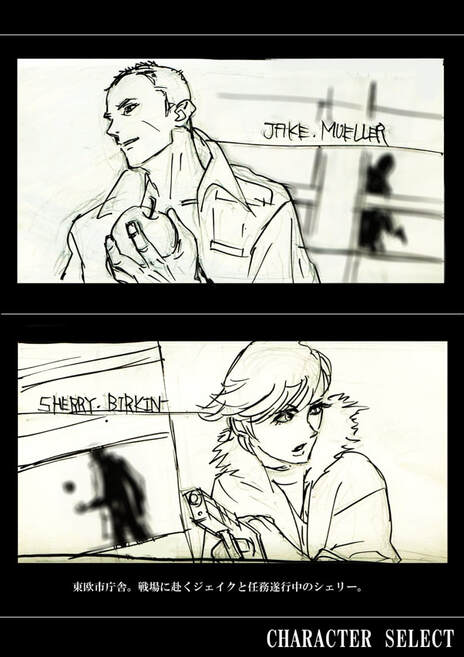 An Eastern European city hall. Jake heading to the battlefield, and Sherry carrying out her mission. 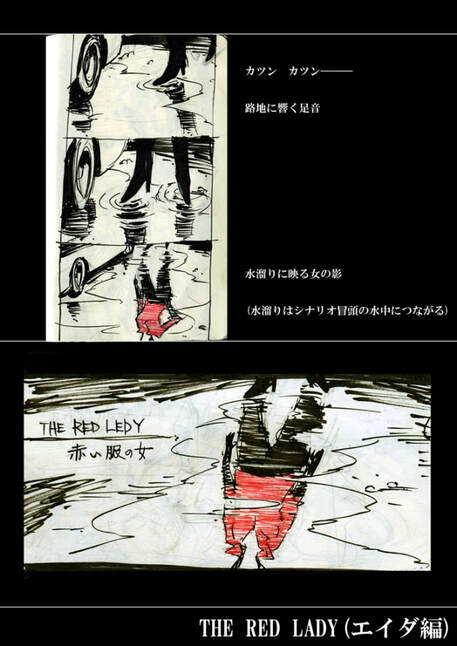 Footsteps echoing in an alleyway.

A woman’s figure is reflected in a puddle.

(The puddle is connected to the underwater segment at beginning of the scenario.)
Sources: https://www.residentevil.net/six/en/windows/file-4.html