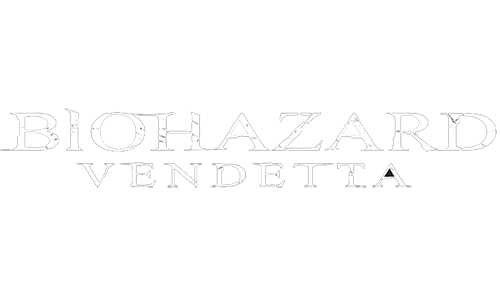 BIOHAZARD VENDETTA (バイオハザード ヴェンデッタ) is the fourth CG (Computer Graphics) movie set in the BIOHAZARD universe. It stars Leon S. Kennedy, Chris Redfield and Rebecca Chambers as they confront a new threat. It was animated by MARZA ANIMATION PLANET INC. 1

BIOV was first announced on October 15, 2015 with a single artwork of a mansion and details on the main cast and crew.

On March 25, 2016, CAPCOM released the movie's logo and a render of Leon S. Kennedy with an announcement of a promotional inclusion of the "XDiavel" motorcycle manufactured by Italian motorcycle company Ducati. Beginning that day until March 28, the XDiavel and its collaboration with BIOV were showcased to the public at the 43rd Tokyo Motorcycle Show held in the Tokyo Big Sight convention center. 2

Based on certain information, Chris Redfield of the BSAA anti-bioterrorism organization breaks into a mysterious mansion which is the stronghold of a weapons trafficking organization. In the middle of the search he confronts the internationally wanted Glenn Arias, but witnesses an unbelievable scene and consequently loses Arias.

Elsewhere, former Raccoon Police Department Special Forces S.T.A.R.S. officer Rebecca Chambers, now a university professor, was investigating and studying a mysterious case of dead people resurrecting and becoming savage. By looking into the case she discovers a connection to a new virus and succeeds in developing a treatment. Someone attacks the laboratory soon after, putting Rebecca in grave danger.
Chris goes to find and demand help from someone who best knows the incident affected by the new virus, Leon S. Kennedy of the DSO agent organization under the President's direct command. When Arias' true purpose is a bioterrorism attack, the reunited duo leave for New York to apprehend him and stop the plot.