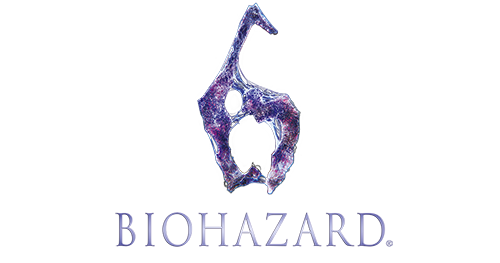 BIOHAZARD 6 (named RESIDENT EVIL 6 outside of Japan) is the sixth numbered entry in the BIOHAZARD series.
Production Information

In 2013, sitting U.S. President Adam Benford intends to announce the truth behind Raccoon City at the Ivy University in Tall Oaks, in an effort to curb the surge in bioterrorism. He requests that Leon S. Kennedy, who he recruited into the DSO (Division of Security Operations), stand with him as he announces the truth. However, the venue suffers a bioterror attack, and President Benford is infected with a virus. As a Zombie, he lunges towards Leon and USSS (U.S. Secret Service) agent Helena Harper, who shoot him and become fugitives wanted for orchestrating the President's death.

The world is shaken by worldwide simultaneous bioterrorism attacks. Chris Redfield and the SOU (Special Operations Unit) of the North American branch of the BSAA (Bioterrorism Security Assessment Alliance) are sent to the Chinese coastal town of Lanshiang, and ordered to rescue a United Nations VIP and combat the bioterrorism occuring there.

In the Edonia Republic, a certain organization distributes nutritional supplements which have been mixed with a new virus known as the "C-Virus" to an anti-government guerilla army. The soldiers administer the supplement to themselves and begin to mutate. However, one soldier exhibits no detrimental mutations and gains superhuman abilities: Jake Muller. DSO agent and Raccoon City survivor Sherry Birkin is dispatched to find him, as his blood contains the key to resolving the current global threat posed by the C-Virus. She infiltrates the war-torn country and locates him, stating that he is the one who will save the world. Meanwhile, a certain organization sends B.O.W.s to capture Muller for themselves.

Following the release of BIOHAZARD 5, Hiroyuki Kobayashi was approached by BH5 producer Jun Takeuchi and asked to handle the next game: BIOHAZARD 6. Kobayashi initially refused, stating that he would not be able to handle it. After Takeuchi said that he could have Eiichiro Sasaki as director and Yoshiaki Hirabayashi as producer. After this proposal, Kobayashi accepted and became executive producer of the game. It began full development in 2010, accumulating more than 600 members on the development staff.

The game was announced with a trailer launched on YouTube on January 19, 2012. A second trailer was unveiled at Captivate 2012 in Rome.