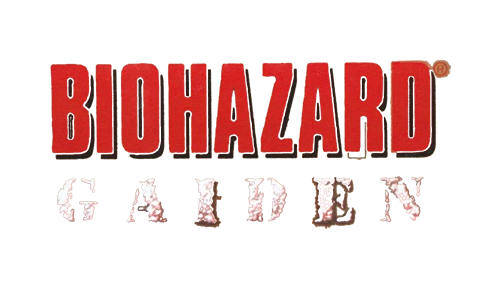 BIOHAZARD GAIDEN (Resident Evil Gaiden) is the first Resident Evil game not to be developed by Capcom. This project was assigned out to British developers M4 under the watchful eye of Shinji Mikami. Gaiden sees Leon S. Kennedy team up with former S.T.A.R.S. member Barry Burton trying to stop Umbrella's B.O.Ws on the SS Starlight. Gaiden was developed for the GameBoy Color and features an overhead camera until the player is engaged in combat. Here a first person perspective is activated with a unique shooting method.
Production Information

Resident Evil Gaiden starts when an anti-Umbrella organization lose contact with their main agent, Leon S. Kennedy. After he had arrived on the luxury cruise liner, the SS Starlight to investigate the possibility of an Umbrella B.O.W being secretly transported in the hull. The group then decide to send in former S.T.A.R.S. member and survivor of the mansion incident, Barry Burton. His mission to search and rescue the lost Leon and complete their mission of eradicating any Umbrella B.O.W.s. Upon arrival it soon becomes apparent to Barry that something has gone terribly wrong on the cruise liner. Indeed, the B.O.W. has escaped from its confines and infected every passenger on board, turning them into the undead; Zombies.

This was the second attempt by Capcom to release a handheld version of Resident Evil. Before the mobile phone games market emerged, Nintendo's decorated GameBoy was the console of choice for portable gaming. Initially, the scenario involving a ship was one of many originally considered for Resident Evil 3: Nemesis. However, it was instead used for Gaiden once RE3 was finalized.

Originally at the time of its development, Gaiden was meant to co-incide with the events of Resident Evil CODE: Veronica. Specifically, Leon receives his e-mail from Claire whilst he is on his mission on the SS Starlight. The plot point of Leon joining an anti-Umbrella organization was also referenced in Wesker's Report. However, the game has since been stricken from the official series timeline. The ending of the game heavily implied that, at the end of the game, the "Leon" alongside Barry and Lucia was in-fact the B.O.W. impersonating Leon. Since the release of Resident Evil 4, it is obvious that this is not the case. These points render Gaiden a fully non-canon entry in the series.