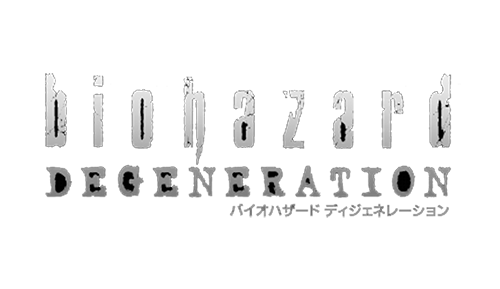 Credits
Director: Makoto Kamiya
Producer: Hiroyuki Kobayashi
Story Concepts: Hiroyuki Kobayashi, Yoshiaki Hirabayashi
Screenplay: Shotaro Suga
Release DateJPN: October 18, 2008
US: December 30, 2008
UK: January 12, 2009
AUS: January 21, 2009
biohazard DEGENERATION (バイオハザードディジェネレーション), also known as Resident Evil Degeneration, is the first CG animated full length movie the Resident Evil series has ever received. It was announced by Capcom and Sony Pictures Entertainment Japan on October 29, 2007. The film is not related to the live-action movies based on the series, and takes place in November 2005, one year after the events of biohazard 4. The main protagonists are Leon S. Kennedy and Claire Redfield, both of whom appeared in BIOHAZARD 2 together. The movie, released in 2008, can also be considered a celebration of the ten year anniversary of BIOHAZARD 2, released in 1998.