By Evil Resident
Created under Glenn Arias as a part of his vendetta, the Animality Virus or A-Virus allows the user to control how an outbreak will spread. Very special thanks to cvxfreak/Alex Aniel and The Batman for providing invaluable information from the Vendetta novelization. PNGs edited by reenbean. 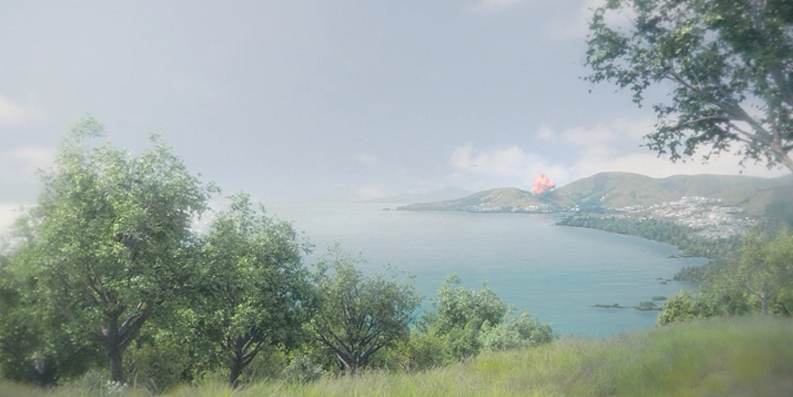 Black market arms dealer and former CIA operative Glenn Arias, during his own wedding, was targeted by a US drone bomb strike. He survived, but all but two of the wedding attendants did not, including his new wife Sarah. The other survivors were Arias' bodyguard Diego Gomez and his daughter Maria Gomez, who were left in a critical condition from the attack.
During experiments with the virus, Arias began work on a variant strain of T that lessened necrosis in hosts, like other modern virus strains. He was able to reanimate the corpses of his guests, but the lessened toxicity was not enough to make them anything more than Zombies.

Realizing the futility of his task, Arias instead decided to enact vengeance against not only the US government, but the entire human race. He began to despise human nature, like Albert Wesker, and wanted to remove twisted desires from people such as rape. He wanted to turn humanity into animals, like the feral Zombie, and this was the basis behind Animality.

Arias became one of the world's largest B.O.W. dealers, filling the vacuum left by TRICELL and Neo-Umbrella. He came into contact with the remnants of Los Iluminados, and acquired from them a sample of the Dominant strain of Las Plagas. He inserted genes extracted from the parasite into his weakened strain of T, creating the A-Virus. This new virus was more practical than T, and was the most user-friendly virus of them all. 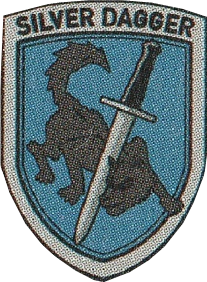 Whether A made it onto the black market is unknown, but Arias tried to use it to enact his revenge using his newly established water bottling company A-GUA Industries as a means of dispersal, starting with New York City. However, thanks to the efforts of Chris Redfield, Leon Kennedy, Rebecca Chambers, and the BSAA elite unit Silver Dagger, Arias was killed and his plans stopped. 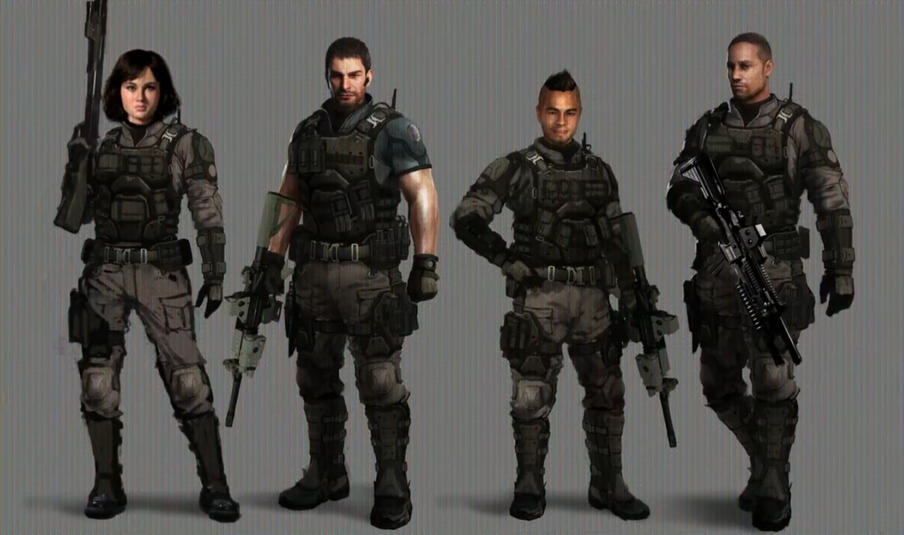 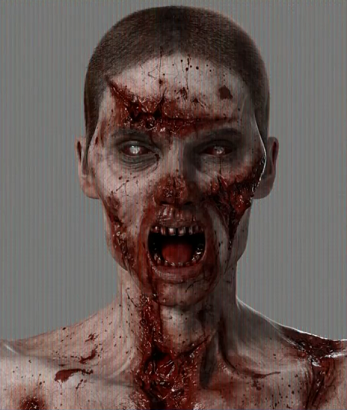 The A-Virus affects hosts in a manner similar to the t-Virus, turning infected mammals into A-Zombies. Due to Arias' lessening of necrosis, A-Zombies have higher functioning brains than T-Zombies, comparable to C-Zombies. They are capable of using stealth tactics, quietly ambushing prey. Like other advanced Zombie species, there is even an instance of an A-Zombie speaking.

Like some strains of the virus, A is also capable of reviving corpses. It is unknown if the perfected t-Virus distributed in 2003 was capable of this, but if it wasn't, Arias could have unlocked this potential himself for the sake of Sarah.

Living hosts to the A-Virus went through a period where they suffered no necrosis at all. Their heightened aggression and increased metabolism still drove them to consume human flesh, but their overall state is more akin to Afflicted than Zombies. While they, like Afflicted, would presumably eventually degenerate and rot into typical Zombies, living A-Zombies could be saved, and the process is actually reversible so long as the brain isn't permanently damaged by extended virus exposure. 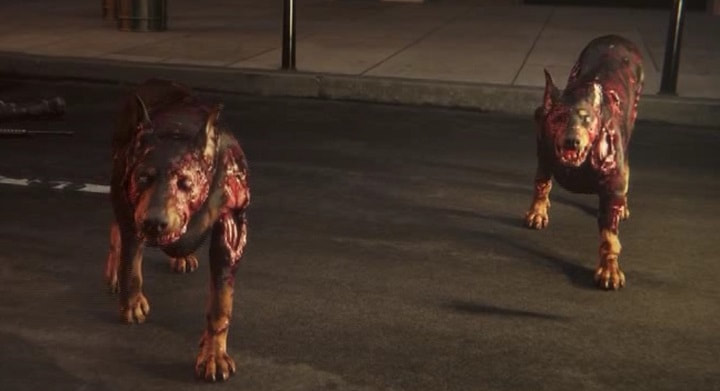 A-Virus Cerberus B.O.W.s were also used by Arias in New York. They were three meters in length, strong enough to decapitate a human in a single swipe, and fast enough to chase a motorcycle at high speeds, denting in cars they jumped on. These dogs were preexisting Cerberus B.O.W.s created with the t-Virus that were further strengthened with the A-Virus.

What truly makes the A-Virus unique is its method of spreading. The virus comes in three strains, and by using them bioterrorists can safely control who does and does not become affected.

The Latent Strain of A is spread in water. Like t-Phobos, the virus will remain inactive until a trigger is used. An apparent oversight by Arias was that hosts of the Latent Strain will become Zombies if they die, regardless of whether or not the virus is triggered. When A-GUA contaminated the Great Lakes with Latent, random A-Zombie incidents popped up as hosts died of other causes and turned. When Leon's team was wiped out in an explosion, they turned into Zombies in the morgue for this reason.

The Trigger Strain of A is spread in a green gas, like the Zombie strain of C is in a blue gas. This strain has no effect on uninfected hosts, but causes the Latent Strain to activate.

The Vaccine Strain of A is also an airborne strain. It has three effects on hosts:

1. It cures hosts of the Inactive Strain and renders them immunized to further infection.

2. It reverses the Zombification process in Living A-Zombies, making them human again.

3. It makes hosts of this strain become safe from attacks by other A-Zombies. This seems to be where the Dominant Plaga genes in A come into play. A-Zombies will ignore hosts of the Vaccine Strain, like how Ganados will not attack other Plaga hosts, or how Dominant hosts are recognized by lesser hosts.

Rebecca managed to create her own vaccine to the A-Virus, although it was not totally effective and didn't protect hosts from A-Zombie attacks. Arias kidnapped Rebecca and used her vaccine to strengthen the A-Virus, like Carla did with the C-Virus and Jake's antibodies. The effects of Enhanced A are totally unknown. 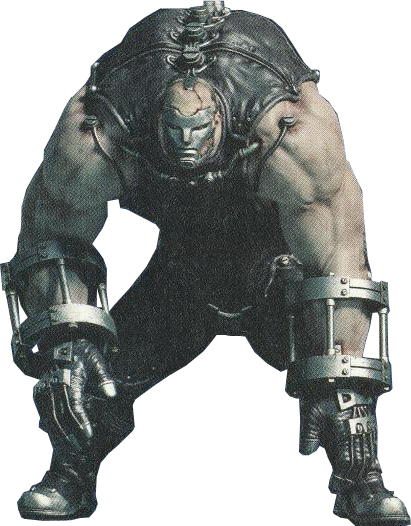 Diego was kept alive and modified with the t-Virus in a laboratory setting, turning him into a Tyrant (resulting in the loss of most of his former memories). He was then injected with the A-Virus, giving him enhanced abilities and an increase in size. The end result was he became a massive Tyrant. He lacked visible emotion and could no longer speak, but he remembered his daughter and was intelligent enough to follow orders and operate firearms. His skin did not suffer damage and retained its color, but he appeared to suffer facial deformities. His physical build was comparable to Ustanak. He had a metal mask drilled into his face.
Diego also had the ability to mutate. This was either triggered by his own will, or by disengaging a Tyrant power limiter. Once transformation began, he grew Plaga tentacles from his back due to A, which could assimilate other organisms, like Salazar did with the Plaga Queen (possibly a unique trait of the Dominant strain, as Dominant Plaga tend to fuse with the host). When Arias was mortally wounded from a massive fall, he preserved his life by fusing with Diego, becoming Ariago.

Ariago was even more Tyrant-like in appearance. Diego's face became a vestigial growth, like with G-Birkin, while Arias became dominate in the symbiote. His claws could extend at will, which can be explained by the virus' tendency to promote bone growth at the tips of fingers.

Maria, like her father Diego, was also modified with a Virus. She retained her human form, which is either because the process she underwent was improved, or because she was not infected with the same viruses as Diego. She had enhanced strength and agility, and could withstand considerable damage (although to what extent is unknown). She retained her intelligence, but rarely spoke and lacked visible emotion except in the presence of her father.

While this Analysis goes under the assumption she is, it is not known for certain if Maria was actually a host to the A-Virus. Since the A-Virus did not exist early enough to have preserved her life after the wedding bombing, she is likely infected with the t-Virus as well.

All that is known is that Arias modified her to be an excellent fighter, able to singlehandedly defeat Silver Dagger in combat.

Tyrants were originally supposed to be entirely human-looking when Umbrella made them, and Maria's behavior is very Tyrant-like. This could make her the ideal Tyrant B.O.W. envisioned by Umbrella.

She could also be an adapter to the A-Virus, making her an Animality Human, an ironic title. This would also explain her red eyes, although I think this trait in her is actually due to Plaga genes: Ganados and Majini also have red eyes that, like Maria's eyes, can change back and forth between red and the original color. Her eyes also lack the characteristic slit iris and flame effect of other adapters like Alex, Albert and Natalia.

Rebecca compares her abilities to Albert Wesker, lending credence to this theory.