Las Plagas: B.O.W. Top-Secret File (Las Plagas：B.O.W.極秘ファイル, known as "Las Plagas: Organisms of War" in the West) is a short film made by 1K Studios in cooperation with Capcom Japan, Sony Pictures, and Japanese CG motion picture company, Digital Frontier. Serves as an original stand-alone expanded narrative feature using a combination of original content and select clips from the movie. It is a report concerning the use of B.O.W.s (Bio Organic Weapons) in the Eastern Slav Republic, compiled by scientist Dr. William Gibson and addressed to the Director of an unknown organization.
You can watch the full video on ProjectUmbrellaTV HERE.
Official English Transcript
Max: Gotta hustle Doc...

Max: I'll cover the front. You take this. (Hands him a weapon)

Dr. William Gibson: What's this for?

Max: In case I don't make it back.

Dr. William Gibson: Director, this is Doctor William Gibson. What you are about to see was given to us by Mikhail Zilkov, one of the scientists who created the synthetic strain for this woman; President Belikova. An act of betrayal that unfortunately cost him his life. When I finish recording this presentation I'll upload it via secured satellite from the safe house to your server. Then your man Max and I will make our way to the extraction point. I pray this reaches you safely, even if we don't. 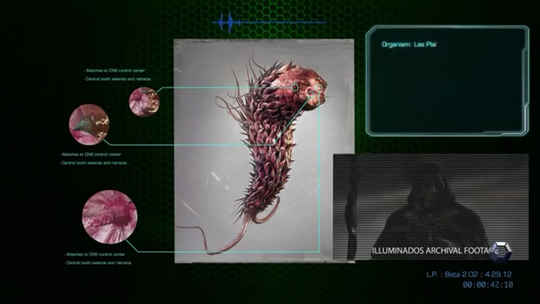 The organic form of the parasite was discovered in Europe by a religious group called the Illuminados. They used it to recruit and control their members. When the power shifted to a new castellan, he forbid its use and sealed the parasite away in his castle and that's where it stayed for hundreds of years until another castellan broke the seal and released them again. Las Plagas; literally 'the pest' or 'the plague.' It attaches itself to the victim's nervous system working its way through the lungs and the heart to eventually gain control of their central nervous system through the spinal cord. Symptoms of the infected include coughing up blood, fainting, hallucinations, appearance of blood around the eyes, swelling and discoloration of the blood vessels and a discoloration of the iris, typically in red. When all else fails, look at the eyes. Those are the symptoms, but what does it actually do? 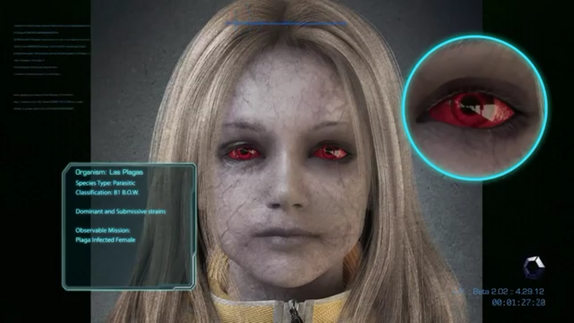 In short, it makes them very strong and highly resistant to pain, and not just humans. Because it is highly adaptable it can possess other organisms as well. How is it so effective? One theory is that Las Plagas has a collective intelligence, what you might call a hive mind, communicating via ultra-high frequency sound waves. Those are the basics. Now, let's get a bit more specific.

The dominant strain Plaga was designed to allow the host to retain complete control over the parasite. In addition to being able to control their own, they can also control a subordinate parasite in others and they are capable of causing dramatic mutations in themselves at will. There are very few side effects to the host's mental capabilities, but it can give them incredible strength. A host carrying this Plaga could remain virtually unchanged as long as they suppress the parasite's mutagenic powers. If, however, they wish to do so, they are capable of bizarre and extreme mutations of their bodies through its use. Because of the level of control of the dominant strain Plaga, Belikova's scientists were able to create a sort of master-slave relationship between humans and bio-organic weapons, not unlike. say, a queen bee and her workers. This means that a human host who has injected the dominant strain could gain control of a Licker to the point of making it as submissive and docile as a puppy. 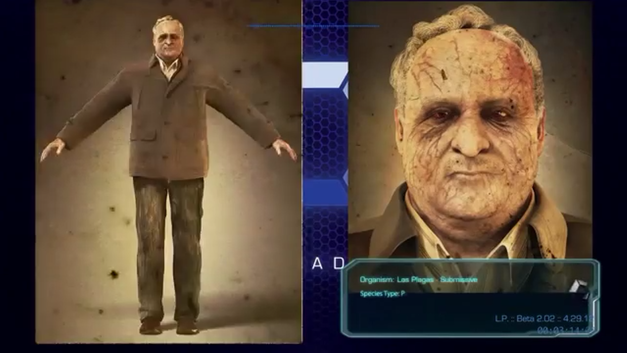 They are the humans who became host to the mind-controlling parasite. Outwardly, they may appear perfectly normal, capable of speaking and carrying on day-to-day tasks. But make no mistake, they are entirely devoted to their masters. If called to, they will attack at will with no fear of injury or death. They have extraordinary strength and a high tolerance for pain. An injury that might cripple a normal human being would be a mere annoyance to a Ganado. You must use extreme caution when encountering a group for they are capable of tactical thinking. They can coordinate complicated attacks, ambushing and flanking their targets. 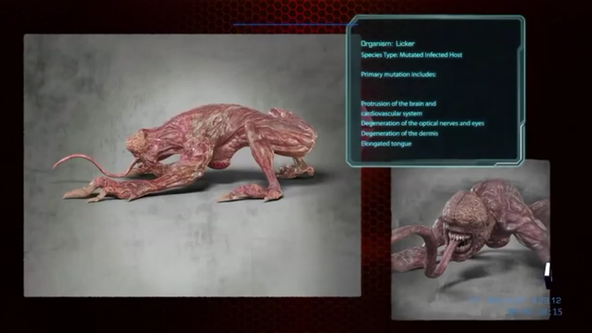 The Licker, nasty little bugger. This mutation could take an infected host and turn them into a highly lethal predator. Incredibly fast, able to leap to great heights and distance. Because of its bone structure, it moves on all fours, covering ground much more quickly. It has talons that it can use to scale structures and hang from ceilings. This means that it is able to surprise attack from almost anywhere. One thing you must watch out for is the tongue. There are reports, although I have not seen it myself, that the Licker's tongue is capable of decapitating a man. I told you that it is capable of surprise attacks, but there are a couple of things that can save you from an attack. Being blind, the Lickers cannot hunt by sight. To compensate, they have highly developed sense of hearing. Your own sense of hearing can help you avoid a surprise attack. Because of the way they move, you can often hear the scraping sounds of their claws and the flesh of their bodies moving against the surfaces of where they're climbing. They're also known to make a very distinct hissing sound. If you do manage to kill one, they may emit a high-pitched scream. This is most likely to alert others to their location. 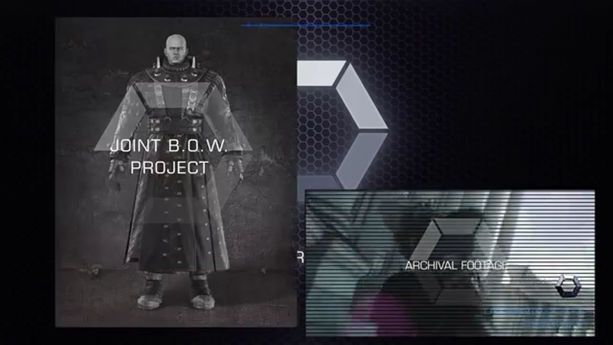 The use of Tyrants has also been identified in Eastern Slav. The Tyrant is a B.O.W. that was originally developed by Umbrella to create the ultimate life-form using the effects of the t-Virus. It has a high level of intelligence and outstanding combat skills, along with amazing durability when pursuing its orders. When its life is at risk, it overrides its limiter and turns into the Super Tyrant form. I'm afraid that's all we've got time for. I'm going to sent to you now.

Dr. William Gibson: Just have to upload. Come on, come on.

Dr. William Gibson: (whispers) What is it? Halfway there, love.

Max: They're right outside the door. Stay here. Doc, get down.

(Sounds of door exploding and hissing)

(Sounds of gunshots and then silence as Lickers grumble)

(Sounds of an empty gun and a Licker roar.) 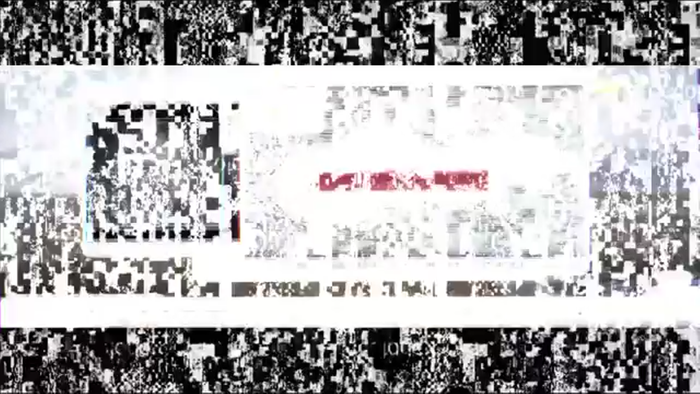