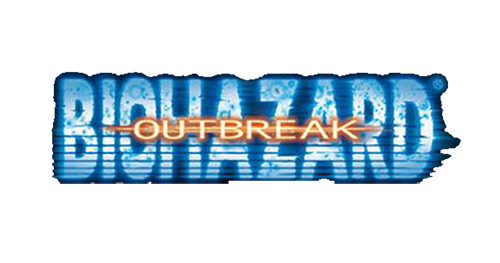 BIOHAZARD OUTBREAK (Resident Evil Outbreak) was the first online Resident Evil game and enabled up to four players to connect to the web and battle through five scenarios set in the hellish Raccoon City. Players take control of one of eight civilians of the city trying to escape the impending doom of a nuclear strike. Outbreak marked a return to the traditional Biohazard controls with fixed camera angles and a modernized version of the classic control scheme. In PAL regions the game never made it online, with only the offline version being available.
Production Information

BIOHAZARD OUTBREAK is divided up into 5 scenarios each taking the characters to different locations in Raccoon City during the viral infection. As such each scenario has its own unique story line that are usually independent to another scenario. Many of the actions taken by the characters are complimented with NPC's who aid you during the missions, and its these interactions that all contribute to the overall disaster in Raccoon City

When it was announced, Outbreak was titled BIOHAZARD Online. However, after it was soon announced that PAL territories would not see the online aspect of the game, the title was changed to BIOHAZARD OUTBREAK.

Around the same time, it was announced that the game would feature many scenarios, roughly 20. This number was cut down to a meager 5 in the final release. Another 5 of the scenarios originally set to be in the first game were used for BIOHAZARD OUTBREAK FILE 2.

Below Freezing Point
Below Freezing Point takes place in William Birkin laboratory on the outskirts of the city. The entire facility has been frozen solid when the survivors enter it from the sewer network. Umbrella researcher Monica is there to greet you at the facility.

The Hive
A scenario that takes place in Raccoon City Hospital. Survivor's are stalked in the hospital by Leech Man, a creature made up of hundreds of leeches controlling the body of a doctor.

Hellfire
Hellfire refers to the Apple Inn which in many places is on fire. Hellfire takes place on the same day as the Outbreak scenario as some of the survivors of J's Bar have splintered from their group into the Inn. Many Licker B.O.W.S infest the hotel which is trying to be contained by Raccoon Fire Department firefighters.